MY WRITING JOURNEY
With no formal background or training, I nonetheless felt driven to write. I was surprised at how easily the words flowed ... and I managed to write my first novel, Trusting Claire, in three months. This was followed by Wanting Aidan, which was published four months later. Then I somewhat slowed down with Romero Pools, my third novel - the three of which were written within a year - my first year as a published author. Romero Pools will be released Christmas 2021. Now my fourth is on the way. I have, up to now, written maybe half of Hero of Blackpool. But I have slowed down considerably. I have developed patience and discipline, and feel I have grown in my art. Thank you for following my journey.
I am so proud of Romero Pools, and very excited about Hero of Blackpool, which will be released in the fall of 2022. In the story I bring back PI Joe Parrott, from Wanting Aidan. Please enjoy my books, and keep reading! 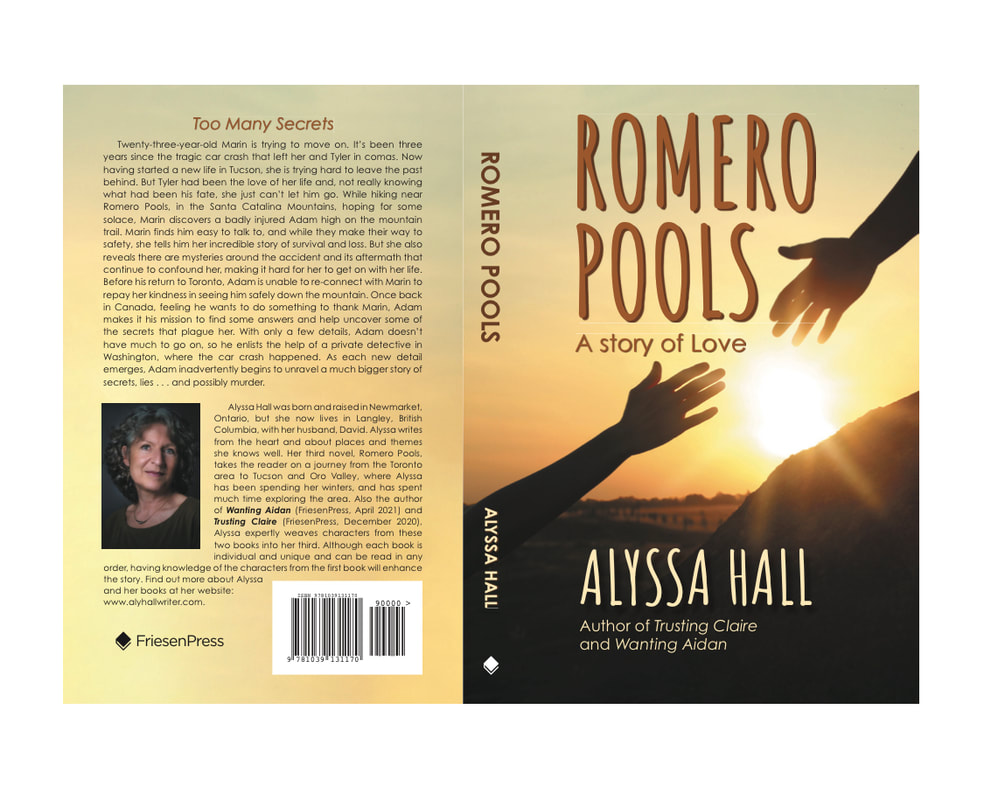